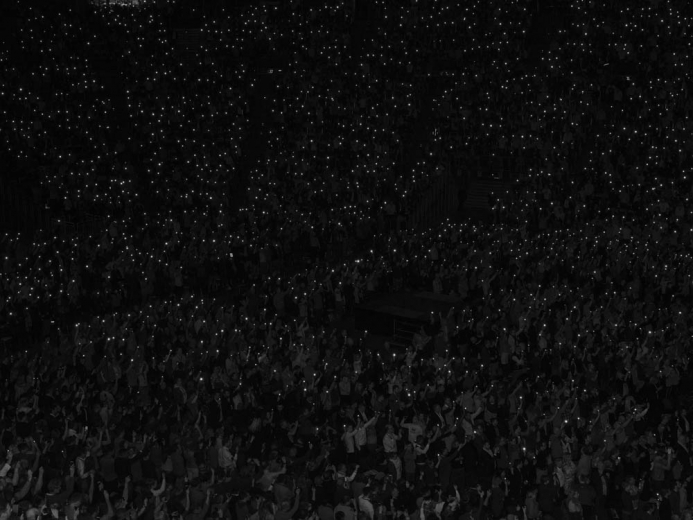 Jürgen Höller is considered Germany's most successful motivational speaker. Höller's show has the character of an American service. And its altar is the stage: preaching, dancing, singing, cheering, crying - a worship of capitalism, preaching the neoliberale dream of success, wealth, the belief in oneself and Jürgen Höller.
Höller unites, like few others, the success of a ‘selfmade-man’: millionaire, even though he has already lost his millions after the IPO of his company, a standardized body, tanned skin, and an eternal toothpaste smile. Höller, whose shows and seminars are based on constantly upgrading - critics speak of a snowball principle - hits with his shows the zeitgeist of individualistic self-optimization and he unites a disperse audience. The Höller empire is one of the 500 fastest-growing companies in Germany and is the market leader for motivation training in the German-speaking world. At the age of 19, in 1982, Höller started out in Schweinfurt as an entrepreneur and now wants to expand worldwide.